Folkstock artists have been busy, as usual, this weekend. The Folk, Garry Smith, Daisy Mae Lewis, Zoe Phillips, Kaitlyn Sings, The Tritones and Nick and The Sun Machine were entertaining fans at Wilkestock Festival, whilst Daria Kulesh and her band KARA were kicking off Saturday night’s Live Music Project at Trestle Arts Base.

Folkstock Managing Director Helen Meissner spent the weekend at Wilkestock, taking amazing photos of the performances, as usual – which I’ve put a sample of here. It looks like it was a blast! 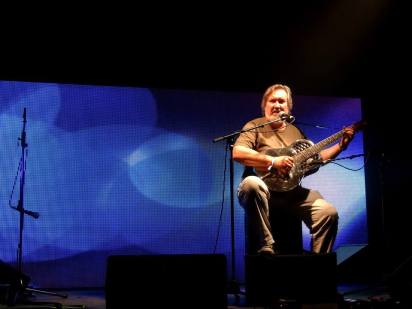 Nick and The Sun Machine

A little bird also told me that Simon Hadwin (the drummer of Nick and the Sun Machine, whom I meet at the Marketing Matters event) impressed the crowds with an impromptu spot on the acoustic stage to fill in for an artist who had to cancel – nice one! 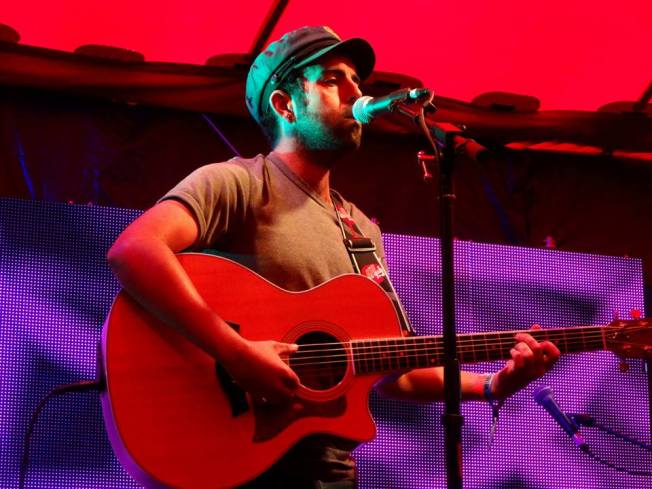 I, on the other hand, headed over to Trestle Arts Base, to see KARA’s folk performances with a Russian twist. Daria Kulesh was the first Folkstock act I ever encountered, having met her at the St Albans Film Festival, so I definitely wanted to see her joined by her band on stage.

This was my first experience of hearing a hammered dulcimer instrument being played, and it certainly added another dimension to KARA’s musical sound. 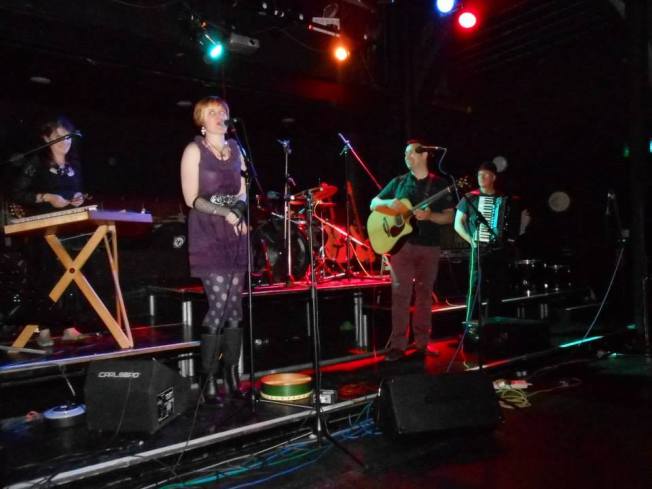 Four bands played in total last night: KARA, Starseedz, Broken Boat and The Neverists. It was great to see the space at the arts base being used so well, and lots of people enjoying the local talent that Herts seems so full of. The Neverists themselves summed it up with:

“The show we played last night was incredible, I have never felt a reaction from an audience like last night, people we’re dancing to our songs, we played the longest set we have ever played and really got to mix it up, with Jimmi leaving the drums to play harmonica.”

I love finding new music, and hearing Broken Boat for the first time last night was a real treat. I’m looking forward to seeing the performances of other Folkstock artists at Trestle in the coming months, and discovering other local bands. Hopefully some of these guys will be heading along to Folkstock Festival in 3 weeks time, to give us a few impromptu performances at the ‘on the day sign up’ slots?!

Coming up at Trestle Arts Base: 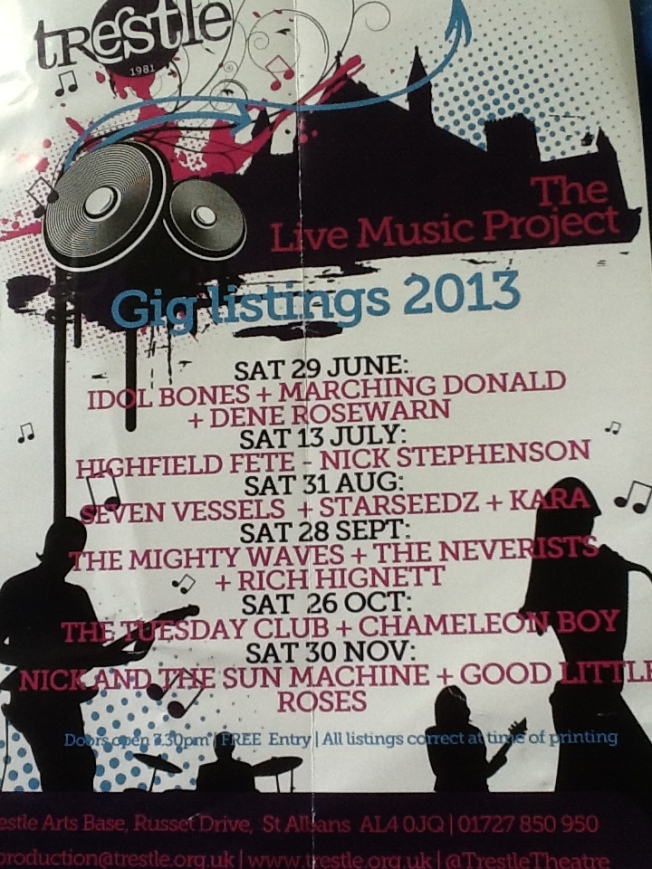