I’ve made no secret of the fact that Folkstock is all about providing a platform of opportunity. Of course the Folkstock Foundation, which the festival was born out of, was established to support new and emerging acoustic, folk and roots musicians and help to bridge the gap between artists and the harsh business and marketing world – which is the ethos of the entire event – and I’ve written before about the fact that the festival was used to launch local business: Espiritu, but there’s an underlying current that runs a bit deeper than that, in my view.

As you may well know, Folkstock Festival is being used as a case study for social and community research by Dr Linda Wilks, and I’d like to put my two-pence worth in (that’s what a blog is for, surely?).

Whether realising the extent of this or not, Folkstock has allowed me as an individual to explore some of the links between professionalism; breaking into a career path, and the way that a combination of student media and local events can help one to realise their potential. 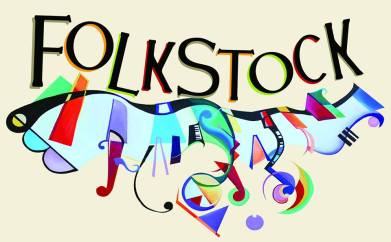 Earlier in the year Festival Director Helen Meissner approached me, as the then Editor of Hertfordshire Students’ Union magazine; BlueMoon, to write an article about Folkstock Foundation, the festival, and its lead-up events. I was able to include the piece in my ‘Talent Issue‘, which I’d hoped would provide exposure to the many positive things that the students at the University of Hertfordshire are doing; the research taking place, the awards won, and also advice from graduate peers and a spotlight on ways and places to showcase said talents (cue the article about Folkstock). I’d also hoped that my team of writers, photographers and designers responsible for creating our magazine would gain some recognition too. 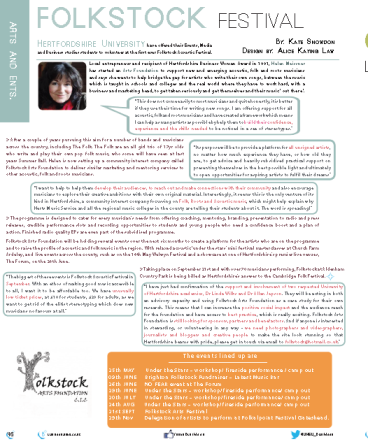 The article featured in BlueMoon

It was a ploy that worked well. After sending out a copy to Helen (as I did with all the interviewees and contributors external to the university) she researched me and found I’d blogged for the St Albans Film Festival for its debut year. All of a sudden I was agreeing to become the official blogger of Folkstock Festival (bringing a student’s eye view to the proceedings) and my associate editor; Kealie Mardell (an up and coming music journo) was given opportunity to interview the festival team and artists for the UniVerse Newspaper.

Better still, unbeknownst to me, the model of one of our featured photos was being signed up to perform at her first festival.

I have to give credit to photographer Saahil Dossani of S.H Photographic for his stunning photo of singer/songwriter Natalie Denise (which incidentally won a Student Recognition Award for Student Media’s Best Photo). This captured Helen’s eye and with a bit more research, she had brought Natalie on-board (I can’t stress enough how appreciated it is when professionals take the time to follow up on individuals!). 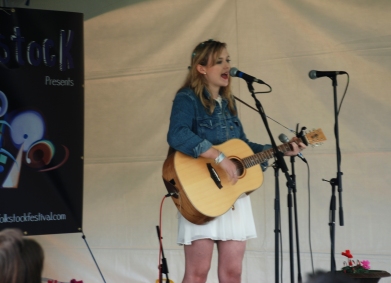 Natalie did a great job on the Folkstock Presents… Stage on Saturday. You’d have never known that this was her first festival performance; her sweet voice and moving lyrics of her song dedicated to her nan (Little Hand) – which she is using to fundraise for the Alzheimers Society – had the audience captivated. I hope this leads to good things for her. Find out more about her charity single here.

Never one to miss a trick, you may have read already that I took a small team with me to help with coverage of last Saturday’s festival. There was two reasons for this: the first hope was that between the three of us, we would be able to get some form of coverage of as many artists as possible; whether it be photography, video, audio interview, a tweet, or simply notes on my page – and secondly, because I knew it would give an opportunity for my fellow UH students to put their skills into practice in a real, live event environment.

Eric Sawyer, our videographer for the day, is an enthusiast for all things media, and is set to take on the role of head of Hertfordshire Students’ Union television outlet this academic year. He has filmed many of the acts at the festival and is currently completing post production work and editing footage ready uploading on this blog. All of which will be making its way to our video page.

Audio editor and interviewer Michael D’Souza was the Assistant Station Manager for Crush Radio last year. I invited him along after listening to his repertoire of interviews on SoundCloud and remembering that he was looking to explore radio further and make industry contacts. There came a brilliant moment when I was covering the Main stage when BBC Cambridgeshire’s Sue Marchant, who was host for that stage, commented before Pauline Alexander & Edwin Gallagher’s set that radio’s don’t do enough to support these kinds of events.

Ever the one to challenge things, I raced to my blogging team and suggested Mikey D carry out an impromptu interview with BBC’s Sue Marchant addressing that issue. Listen to the result of that conversation below:

So all in all, students and community do go hand-in-hand – and when a local organisation and event gives us the opportunity to step-up, I think we media-folk can produce great results in promoting local talent, and in turn can help promote our own talents. I think we all gained something from the festival on Saturday; whether it be exposure for the artists or exposure as journalists, bloggers and media producers.

Exposure and opportunity: that to me is the lasting impact of Folkstock Festival.

Stay tuned for my last few summary posts coming up over the weekend and lots of videos too!